The development of a child’s ears occurs during a women’s first trimester of pregnancy. Standing out and making a noticeable impression, the ears are shaped like the letter C, formed by the helix and the earlobe, made of cartilage covered by skin.

Our ears are an important part of the body, composed of three main sections; the outer ear, middle ear, and inner ear. These parts all work simultaneously to collect sounds. These sound waves are then sent to the brain, which in return enables us to be able to decode and process these sounds and hear. Aside from our ears giving us the ability to hear, they are also responsible for keeping the body stable and balanced.

Ear deformities can either be the result of injury or trauma, or congenital, meaning inherited from birth. There are many different types of ear deformities, ranging from mild to complex, with the most common types being protruding or prominent ears.

Craniofacial surgery, also known as surgery of the face and skull, is a sub-specialty of plastic surgery that focuses on the reconstruction of congenital ear deformities, jawbone, orbits (eye sockets), skull, and soft tissue of the face. At Atlantic Center of Aesthetic & Reconstructive Surgery, Dr. Eric J. Stelnicki is an experienced board-certified plastic and reconstructive surgeon, specializing in pediatric craniofacial surgery, which includes diagnosing and treating children with a wide variety of congenital ear deformity conditions, such as microtia.

Microtia is a rare congenital deformity that occurs when the outer part of the ear, called the external ear or pinna, does not fully develop in utero. Children with microtia are born with small, narrow, irregularly shaped ears. One or both ears may appear malformed around the outer ear, ranging from a very slight degree to complete absence of the outer ear, a condition called anotia. When an individual has microtia, the ear canal also appears very narrow, or is completely absent, resulting in a significant decrease in the ability to hear.

Microtia is usually diagnosed by doing a physical examination on the child when they are born. This condition affects approximately one in 8,000 to 10,000 children in the United States every year, occurring in males more than females. However, microtia’s effect on children is diverse, as it also affects newborns in other countries, with Asian, Central and South American regions having the highest prevalence.

90 percent of the children affected are born with unilateral microtia, meaning either the right or left has some form of deformity, with the right ear usually worse than the left. However, microtia can also occur bilaterally, where both ears are affected. Bilateral microtia occurs in approximately one out of 25,000 births. There are four grades of this condition, demonstrating the changes or stages that occur as the condition progresses.

Grade 2: The outer part of the ear is abnormally developed, mainly the upper part. The ear canal is also narrow and can be closed at this stage.

Grade 3: The ear is small, with the skin and cartilage being abnormally shaped. There is no ear canal. This grade is the most common form of microtia.

Grade 4: During stage 4 microtia, the ear and its structure is gone. Skin tags are often present.

Microtia is not a life-threatening condition, but due to the aesthetic deformities that this condition reveals, can significantly impact one’s hearing, and can mentally and physically take a toll on a child’s confidence and self-esteem, due to the appearance of their ears. Diminished hearing can cause trouble in social settings such as school, and lead to the impairment of one’s speech.

While the exact causes of microtia are not exactly known, scientists and doctors who study ear malformations do know that this condition is hereditary, but not related to factors of pregnancy. Many mothers believe that they could have done something to prevent this condition from occurring in the womb. However, this rare condition cannot be prevented, as it is genetic.

Most ear deformities are congenital, meaning genetically inherited from birth. In some rare cases, microtia can also be caused by trauma or other genetic disorders such as Goldenhar syndrome, which is the incomplete development of the ear. These are the most well-known possible reasons for the development of ear malformations, which can affect multiple systems within the body.

There is an alternative treatment for microtia, which is a less invasive and non-surgical method, meaning less pain and recovery time. This non-surgical option for treating microtia is the installation of a silicone prosthetic ear. Patients who do not qualify for the rib cartilage ear reconstruction may choose to enhance their appearance with this method. The prosthetic ear is custom made to look like a very realistic ear, and is removed at night. It is important to note that silicone prosthetic ears are simply intended to address and solve the cosmetic and aesthetic issues microtia imposes on the ear, and that these methods of treatment cannot fully restore or enhance hearing.

When traumatic injuries to the ear occur, we first perform a careful evaluation to determine if any tissue is missing. If all the tissue is there, suturing may be all that is needed to repair the ear. When portions of the ear are missing, we use surgical techniques to repair the ear.

Traditional surgical treatments for microtia and other ear deformities are usually postponed until the child is at least five years of age. Again, every child is different, so treatment options and when they may be performed do vary. Treatments for microtia are performed surgically or non-surgically. There are some cases where deformities can be corrected with non-surgical methods, depending on how early in development or how severe the case is.

For children with ear deformities that do not respond or are not candidates for nonsurgical correction, surgery may be needed. During surgery to treat microtia, there are several stages and steps followed in order to properly reconstruct the ear depending on the degree to which microtia is present. These surgeries are typically performed 3-6 months apart in order to allow for proper healing.

Dr. Stelnicki will start by taking cartilage from the ribs. After the cartilage is grafted from the rib, it is molded and crafted to match the symmetry of the amount of the ear that is currently intact. The new cartilage and skin is placed underneath where the absent ear would be. As the child grows, so do their new ears.

This type of reconstructive surgery is also used to position the ear lobe and elevate the ear above the skin. To construct the pinna (outer ear), skin is also taken from the groin area.

Dr. Stelnicki has adopted the MEDPOR (microporous high-density polyethylene implant) Ear Reconstruction surgery technique for his patients with ear deformities like microtia. Using an implant made out of 100 percent biocompatible polyethylene, this malleable material enables Dr. Stelnicki to create a mold or implant of the patient’s other healthy ear, carefully matching the exact shape and projection of it. After attaching this ear framework on the deformed ear, he then grafts the patient’s skin tissue to cover the new ear structure, forming a matching healthy ear. The cells and blood vessels within the ear interact with the porous polyethylene. The MEDPOR technique is commonly done as an outpatient procedure, and typically requires just one surgery, resulting in minimal scarring. Post-operative drains may be attached to the ear to remove fluid that commonly builds up after surgery.

Post-operatively, a gauze dressing will be placed over the ear with a splint for 72 hours. Sometimes, antibiotics are prescribed in order to prevent infection from occurring. Pain can be adequately treated with over the counter Children's Tylenol. After microtia surgery, there may be some pain at the surgical site, itchiness, and numbness, but it should go away with time.

Dr. Stelnicki and his staff will work with ENT doctors and hearing specialists after surgery. If an ENT doctor and audiologist determine that the hearing on the affected side is intact, surgery on the inner ear may be done after the microtia surgery of the outer part of the ear has completely healed.

Does your child have an ear malformation? Turn to the craniomaxillofacial experts at the Atlantic Center of Aesthetic & Reconstructive Surgery for treatment. Our offices are located in Ft. Lauderdale, Pembroke Pines, Boynton Beach and the Virgin Islands.  Request an appointment online or call one of our main office at (954) 983-1899. 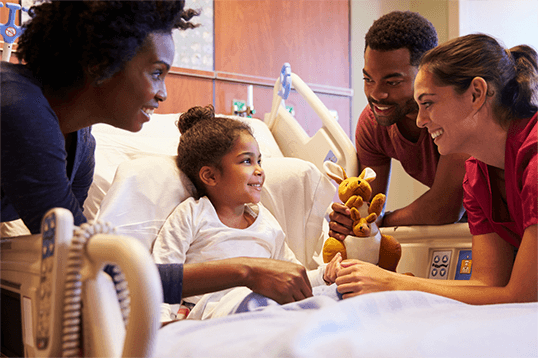 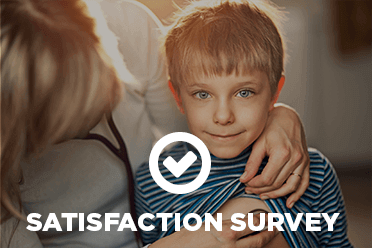 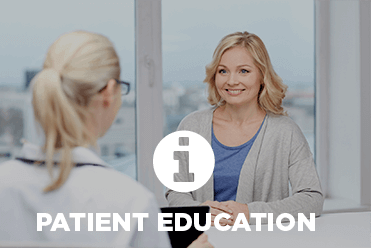 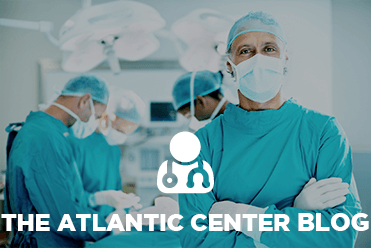